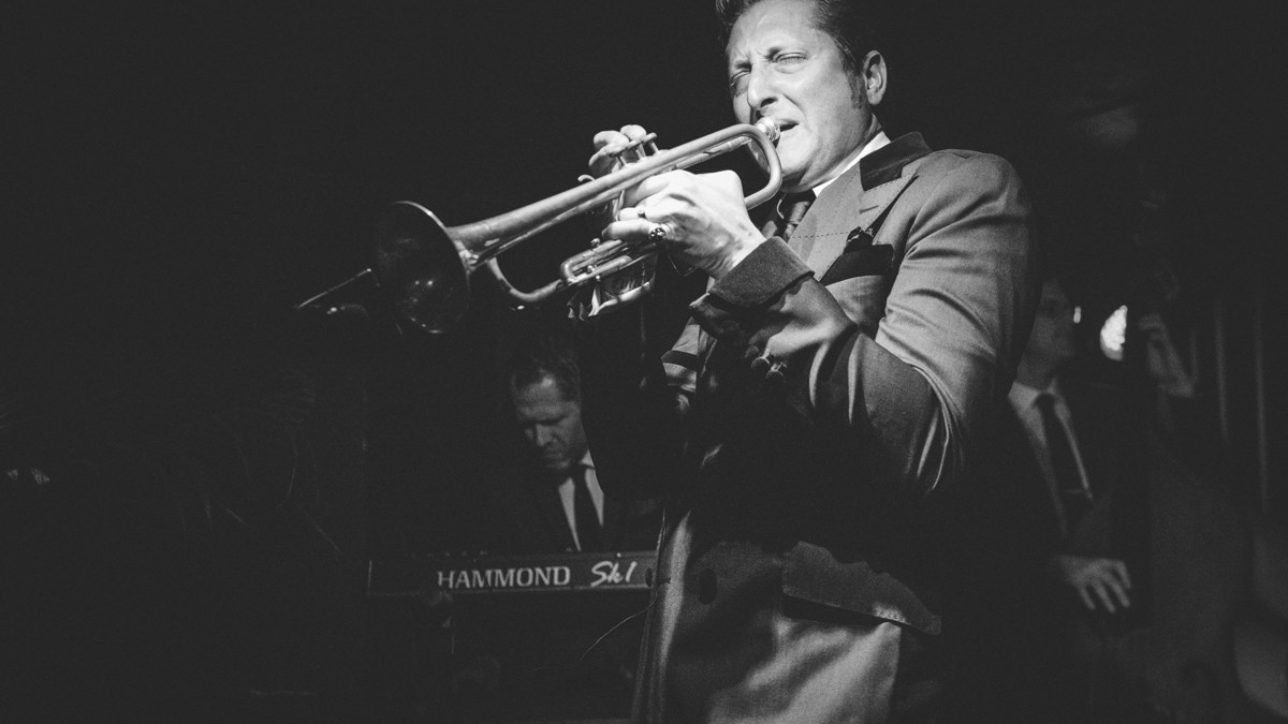 Brian Newman is an American jazz musician, singer, and trumpet player. He is most known for his numerous performances with Lady Gaga and her surprise appearances at his performances in New York City. Newman currently holds a residency at the Rose Bar at the Gramercy Park Hotel in New York City and is married to American burlesque performer Angie Pontani.

While in New York City, Newman befriended Lady Gaga‘s then boyfriend, Luc Carl, which led to a friendship with Lady Gaga. Newman has performed with Gaga on her A Very Gaga Thanksgiving special, The Today Show, the MTV Video Music Awards, and BBC Radio. Newman arranged and appeared on Lady Gaga’s jazz album with Tony Bennett, “Cheek to Cheek”. Gaga has also made random surprise appearances at Newman’s gigs throughout the city which have been covered by major media outlets including MTV, VH1, E!, and The New York Post. Newman’s trumpet performance with Gaga can also be heard on the A Very Gaga Holiday EP and on the track “Just Another Day”, from her 2016 album Joanne.