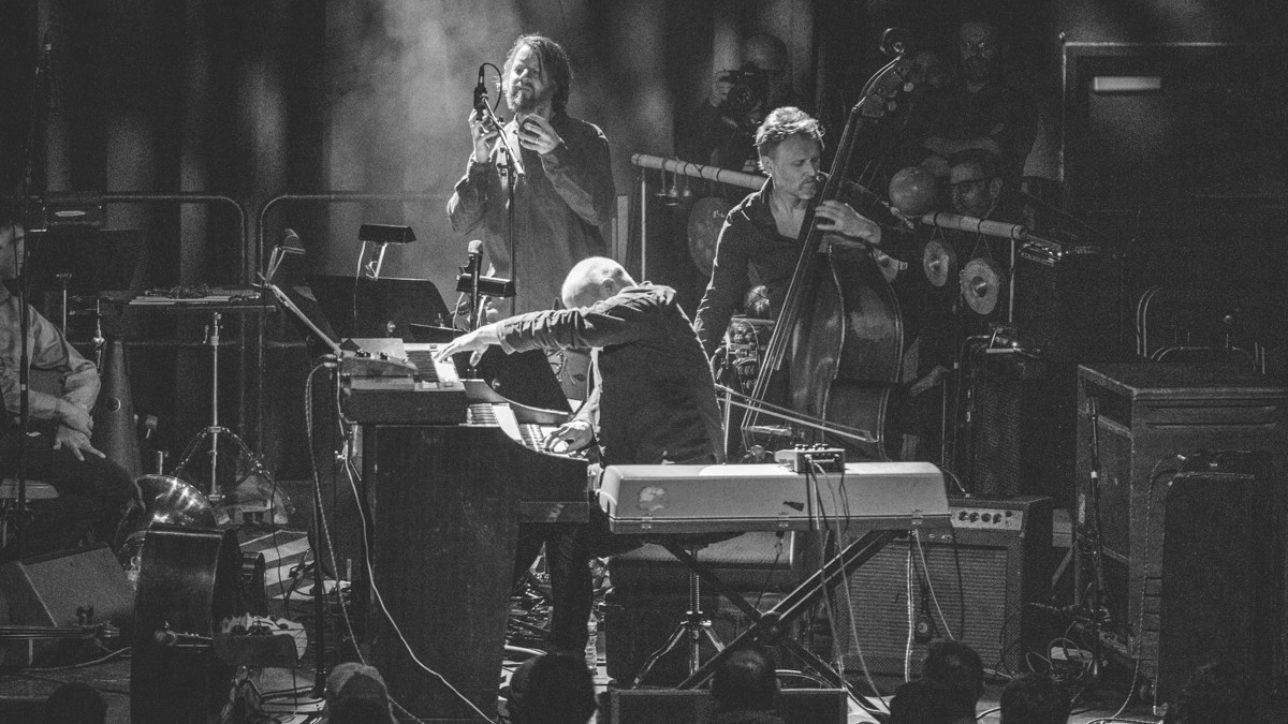 The band members were introduced to each other by jazz drummer Bob Moses, who had performed with Medeski and Wood, and was Martin’s instructor.

Medeski Martin & Wood’s first performances together were at the Village Gate, a popular New York jazz club. They were initially an acoustic jazz trio, but Medeski added a Hammond organ when the difficulties of touring with a piano became apparent[citation needed]. Their first album, Notes from the Underground, is a record of their entirely-acoustic era. All of their subsequent albums reveal Medeski’s use of a wide variety of keyboards, including mellotron, melodica, and a clavinet. Wood entirely eschewed the electric bass for MMW’s first three albums, and still relies heavily on the acoustic upright bass in recordings and during live performances. Their earlier albums reveal a Hip Hop influenced updating of classic soul jazz sounds, which is the primary theme of their well-known 1996 album, Shack-man.

The band received some of their first significant exposure outside of the New York City jazz scene by performing with Phish at their October 14, 1995 concert, which led to the association of the group as a jam band. In addition, their performance on John Scofield‘s 1997 album A Go Go helped to further their exposure. The band collaborated further with Scofield again in 2006, releasing the album Out Louder under the name Medeski Scofield Martin & Wood. This was the first album released on MMW’s own Indirecto Records.

From 1998 to 2005, MMW were signed to jazz label Blue Note Records, and showed them delving deeper into dense, electronic funk than their earlier albums, although the band continued to experiment with free jazz and free improvisation both on their albums and in concert.