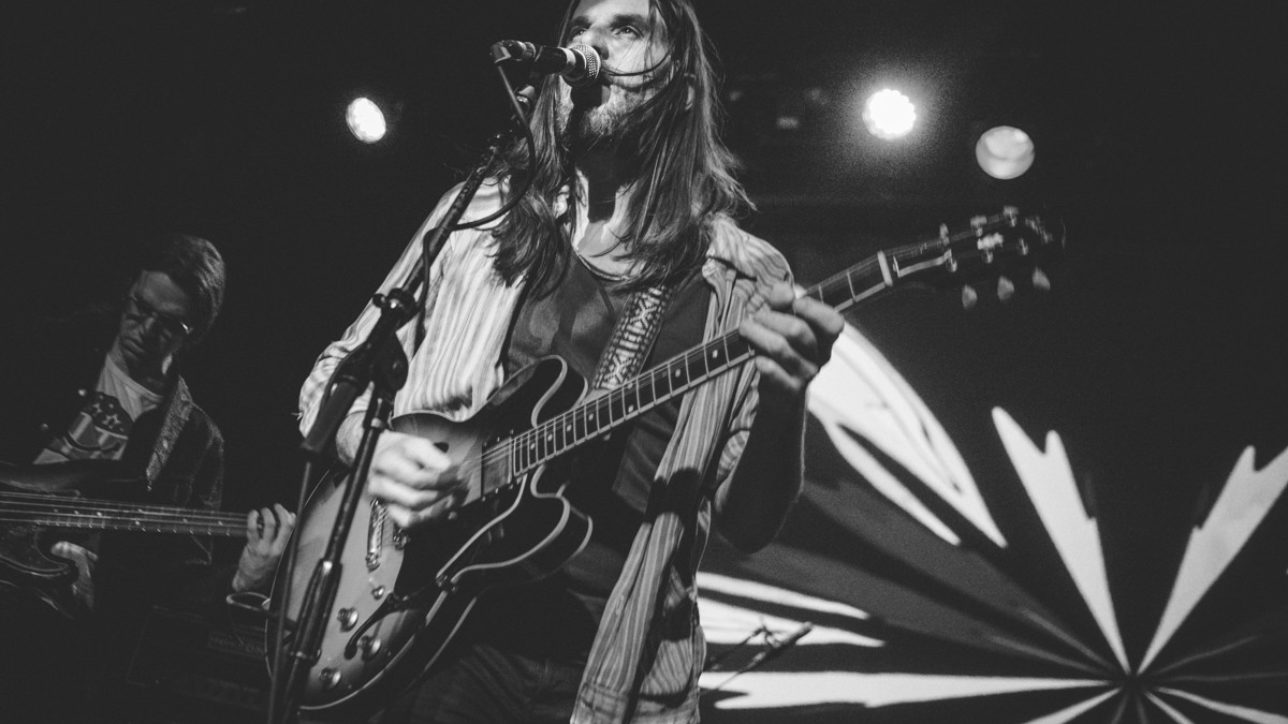 Jonathan Wilson was born in the mid-’70s, but his music most clearly recalls an era whose heyday arrived a few years before he came into the world; the deep but gentle vibe of his songs is an echo of the Laurel Canyon mellow rock scene of the late ’60s and early ’70s, and it’s no surprise that he found a home in the very same section of California years after the fact. Wilson was born in Forest City, North Carolina on December 30, 1974. He grew up surrounded by music: his grandfather was a preacher at a Baptist church, and his father was a musician and bandleader. In 1995, Wilson, who had become an accomplished guitarist and keyboardist, formed the band Muscadine with his friend Benji Hughes; the group caught the attention of Sire Records, which signed Muscadine and released their debut album, The Ballad of Hope Nicholls, in 1998.

The group broke up in 1999, and Wilson spent the next several years in transit, living for a while in a hippie community in California, then in Alpharetta, Georgia, and in New York City for a spell before settling in Laurel Canyon. Along the way, he learned the rudiments of audio engineering and assembled an impressive collection of analog recording gear; he opened a recording studio and began working as a producer and sideman with a wide variety of artists, including Dawes, Erykah Badu, Phil Lesh, Elvis Costello, Jackson Browne, Chris Robinson, Will Oldham, and Shooter Jennings, and also joined several of those acts on the road. During his downtime from studio sessions and road work, Wilson worked on a solo album in which he handled all the instrumental chores himself; the project, titled Frankie Ray, was initially distributed on CD-R by Wilson himself before finally finding a home at Koch Records, who released it in 2007.

Wilson also began hosting regular jam sessions at his home, which became a nexus for the revitalized Laurel Canyon musical community; Harvey Kubernik, who has been writing about the Los Angeles music scene for decades, told Los Angeles Times Magazine in 2009, “Jonathan‘s at the epicenter of what’s happening in today’s LC.” For his second solo album, Wilson opted to use a full band, recording at his own Five Star Studio, which had been relocated to a larger space in L.A.’s Echo Park community; featuring appearances by Gary Louris, Chris Robinson, Barry Goldberg, Gary Mallaber, and Andy Cabic and Otto Hauser of Vetiver, Gentle Spirit was released by Bella Union Records in the fall of 2011. It was followed by the Pity Trials & Tomorrow’s Child EP in 2012. Wilson issued Fanfare for Downtown Records in October of 2013, then followed it with the Slide By EP in 2014.

All along he had stayed busy producing other artists, including Roy Harper, Conor Oberst, and Father John Misty, and working as a session musician for artists as diverse as Meshell Ndegeocello and Roger Waters. He produced five albums in 2017 alone, including Father John Misty‘s Pure Comedy. After that burst of activity, he was ready to return to his own musical career, releasing his fourth album, Rare Birds, in early 2018 on Bella Union. Recorded during the same time he was working on Waters‘ Is This the Life We Really Want? album, it was produced by Wilson at Five Star Studio and featured guest appearances by Lana Del Rey, Father John Misty, Lucius, and Laraaji.