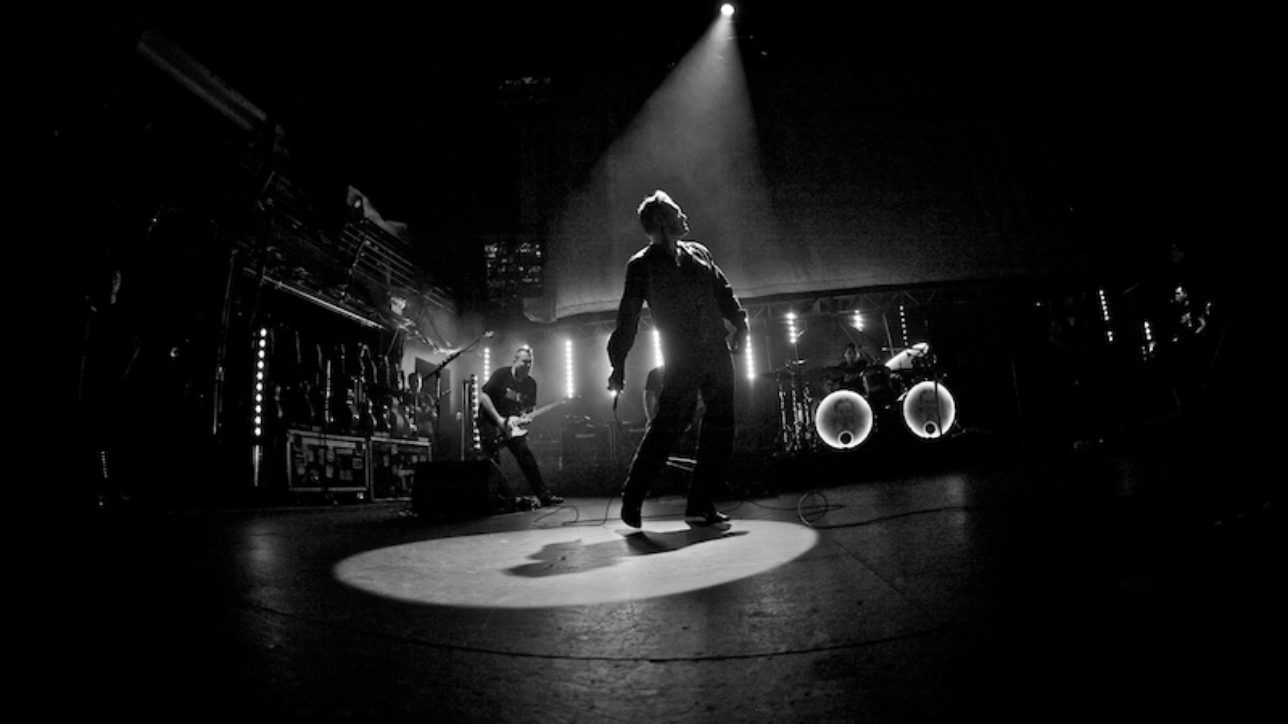 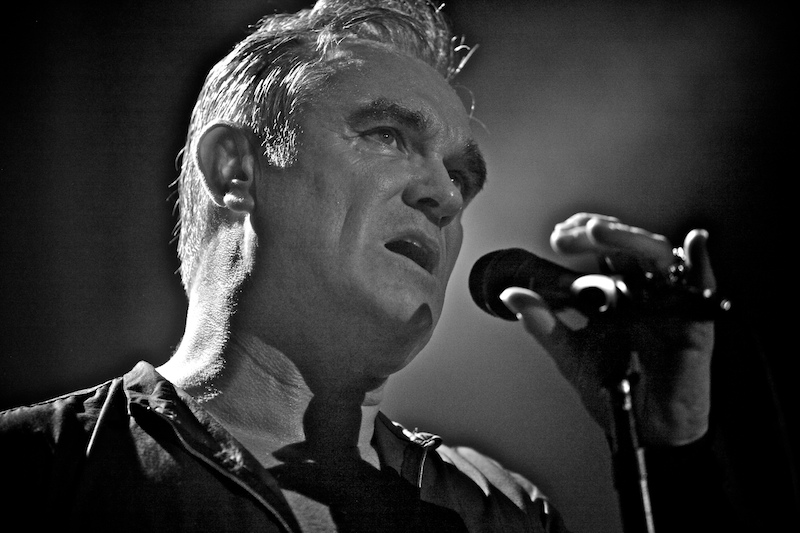 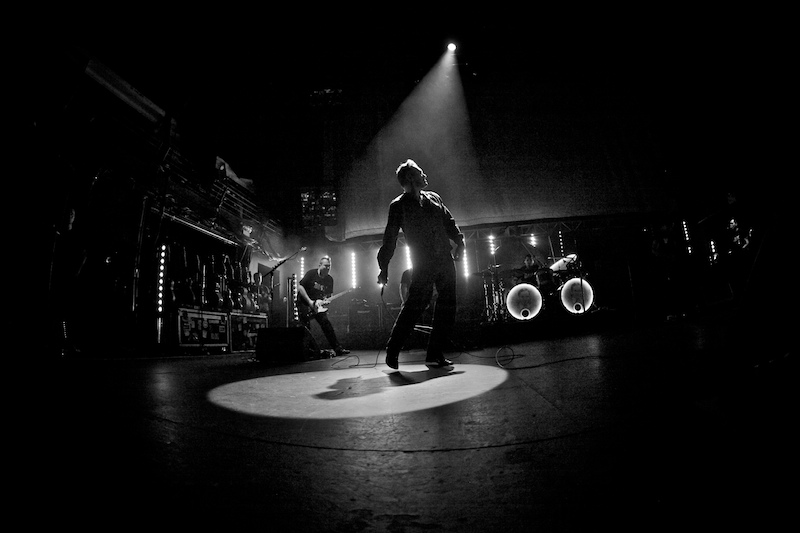 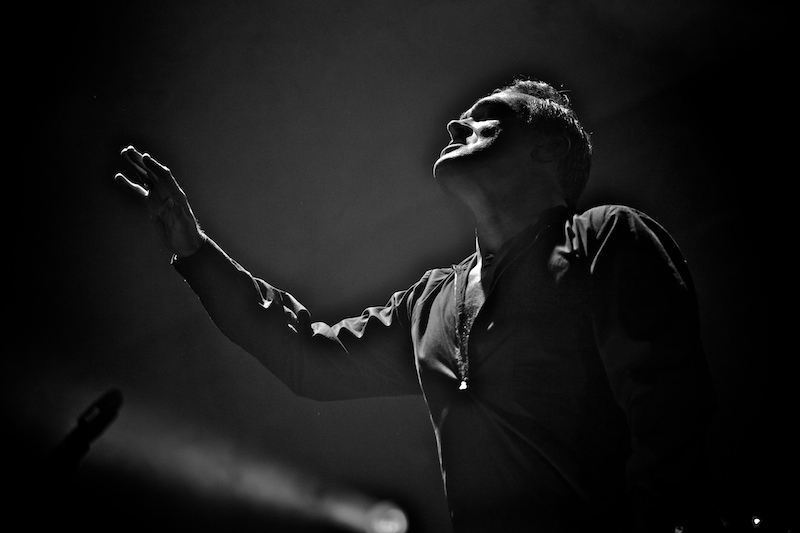 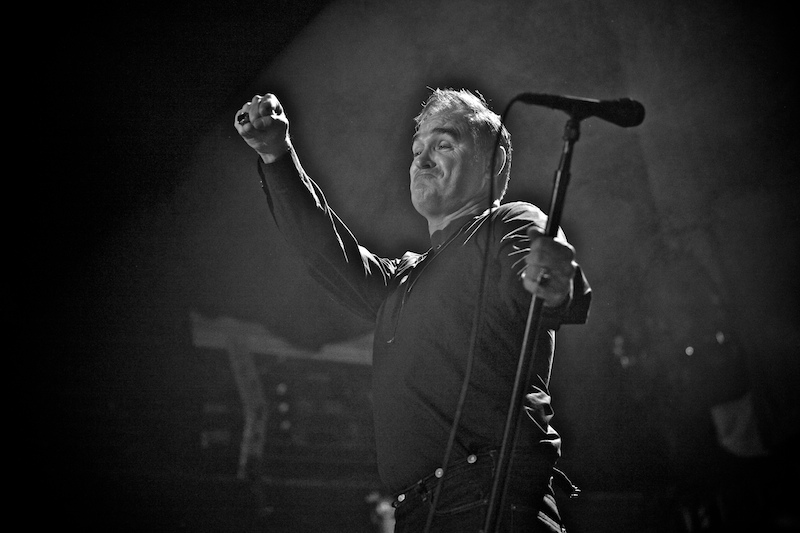 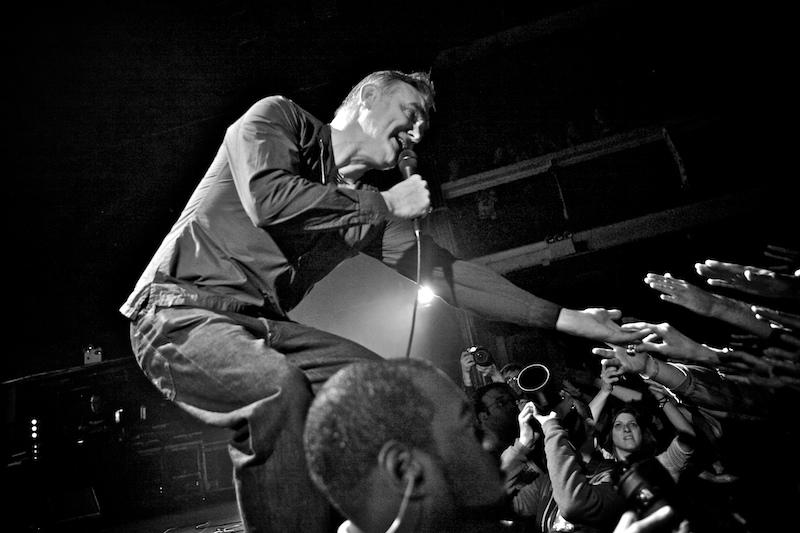 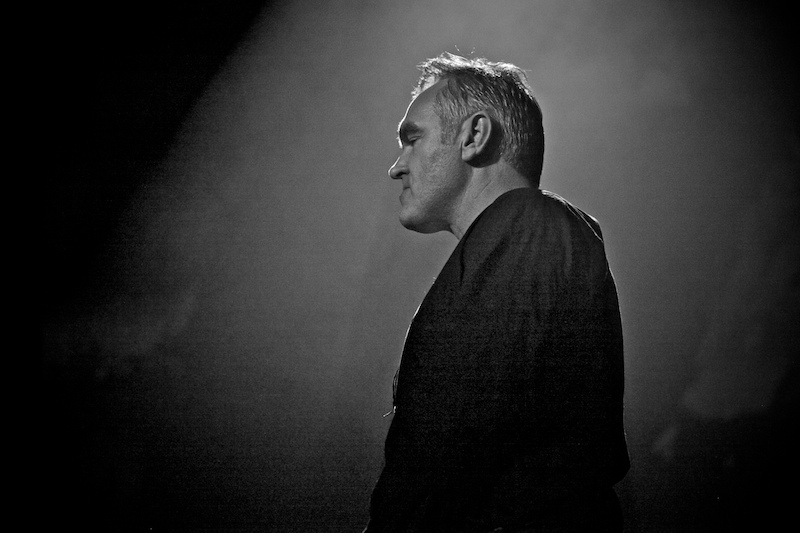 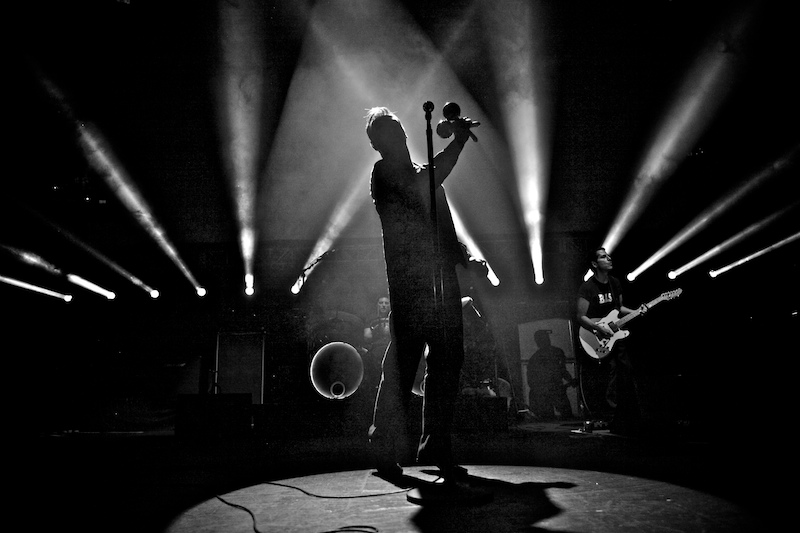 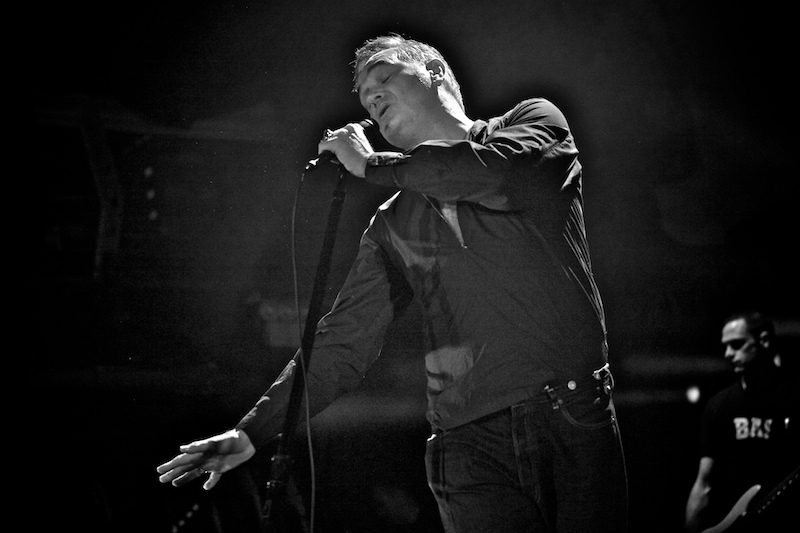 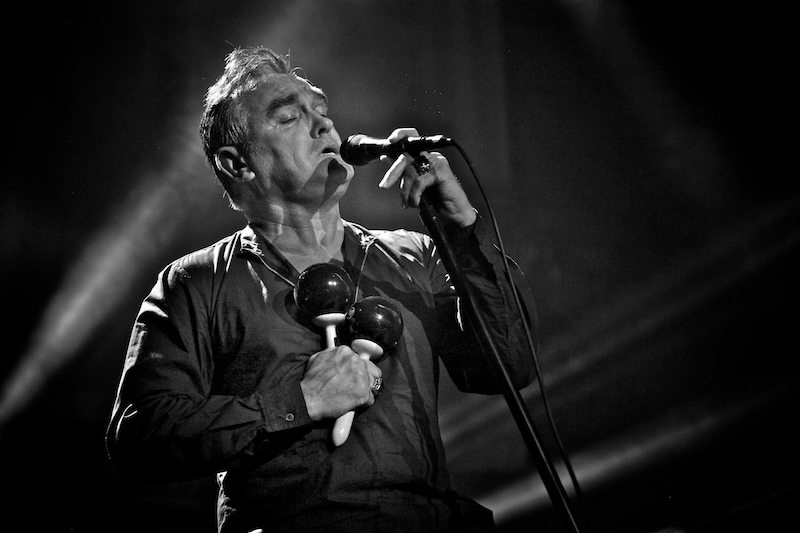 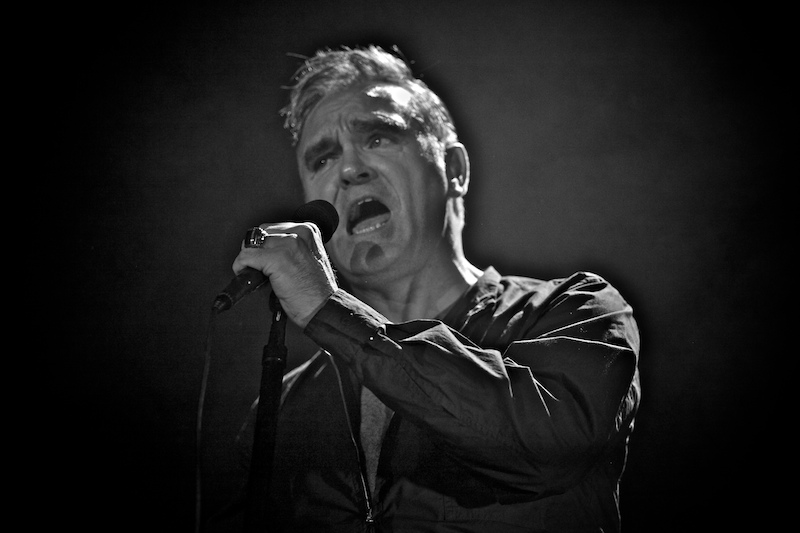 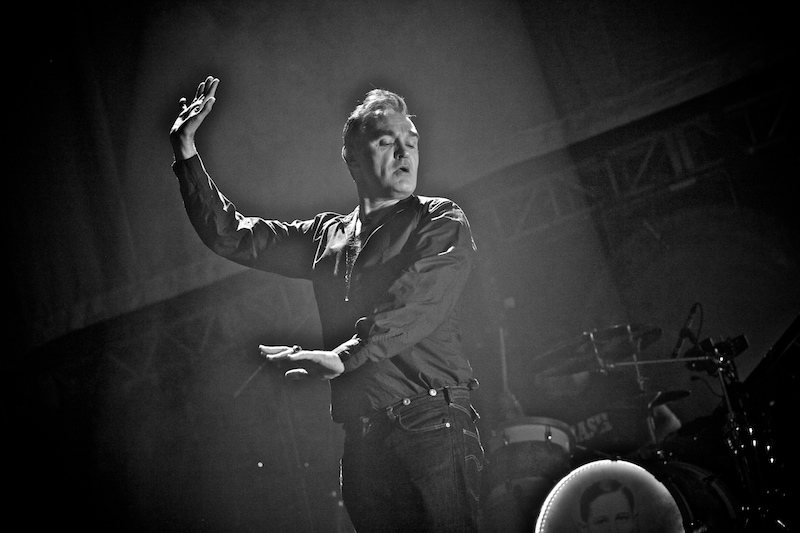 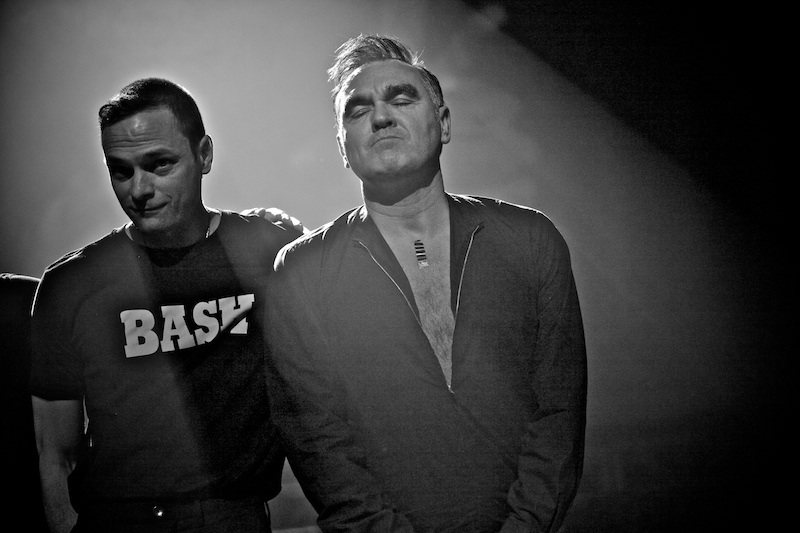 Morrissey‘s final showing in NYC on his current jaunt went down at Terminal 5 Saturday night (10/13) where the former Smiths frontman was joined by Kristeen Young as part of a pair of dates at the venue (pictures from Friday at Terminal 5). Earlier in that week,  Moz played Radio City Music Hall (Dave Hill review here) and Stephen Colbert.

Morrissey’s physical stature is daunting, and similarly his stage presence is impressive. While I wouldn’t exactly call him an energetic live perfomer (he is almost “above it?”), Morrissey makes up for the on stage energy with a quiet cool, and the audiences eat it up. Morrissey would pace back and forth across the stage, whipping his microphone cord around like a taskmaster commanding the throngs to reach for him across the pit while screaming at the top of their lungs. Photos from the show are in this post.

Though Moz only logged a solid 75 minutes, he had the crowd in the palm of his hands for songs like “Everyday is like Sunday” and Smiths classics “Shoplifters of the World” and set-ender “Stil Ill.”