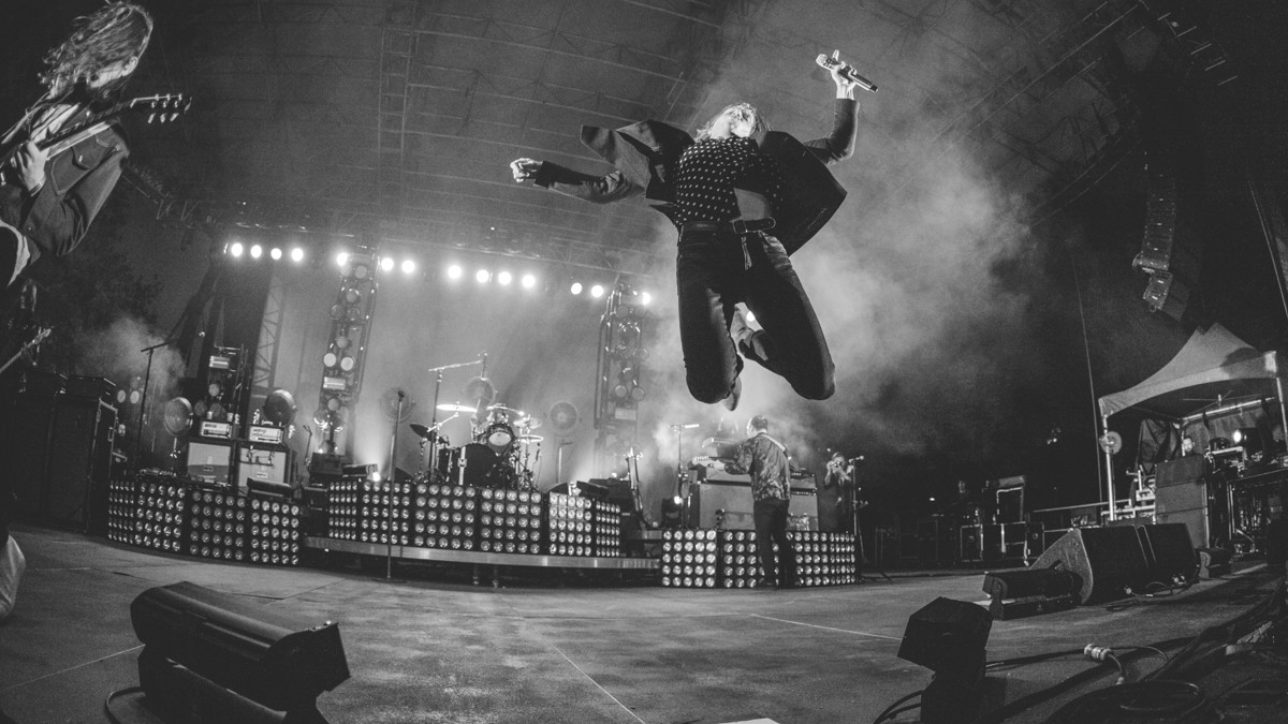 Cage the Elephant is an American rock band from Bowling Green, Kentucky, that formed in 2006 and relocated to London, England in 2008 before their first album was released. The band currently consists of lead vocalist Matt Shultz, rhythm guitarist Brad Shultz, lead guitarist Nick Bockrath, guitarist and keyboardist Matthan Minster, bassist Daniel Tichenor, and drummer Jared Champion. Lincoln Parish served as the band’s lead guitarist from their formation in 2006 until December 2013, when he left on good terms to pursue a career in producing. The band’s first album, Cage the Elephant, was released in 2008 to much success, spawning several successful radio singles and gained the band a large following in both the United States and the United Kingdom.